Stories and information about our School. Click here to view our blog.

We made it! The end of another week!

This is my first official blog as the Executive Head of Spring Brook Academy, and I would like to kick it off by saying just how excited I am to work with the children, families and staff as we continue the excellent work of the school year so far.

I have been incredibly busy this week getting around and seeing everyone, but it has been exciting to see the quality of learning on show, inside and outside the school buildings.

You’ll be hearing more from me in the coming weeks and months, but for now, let’s take a look at what’s been happening across Spring Brook Upper this past week.

Let’s start with an ICT Update from Mr Bright… 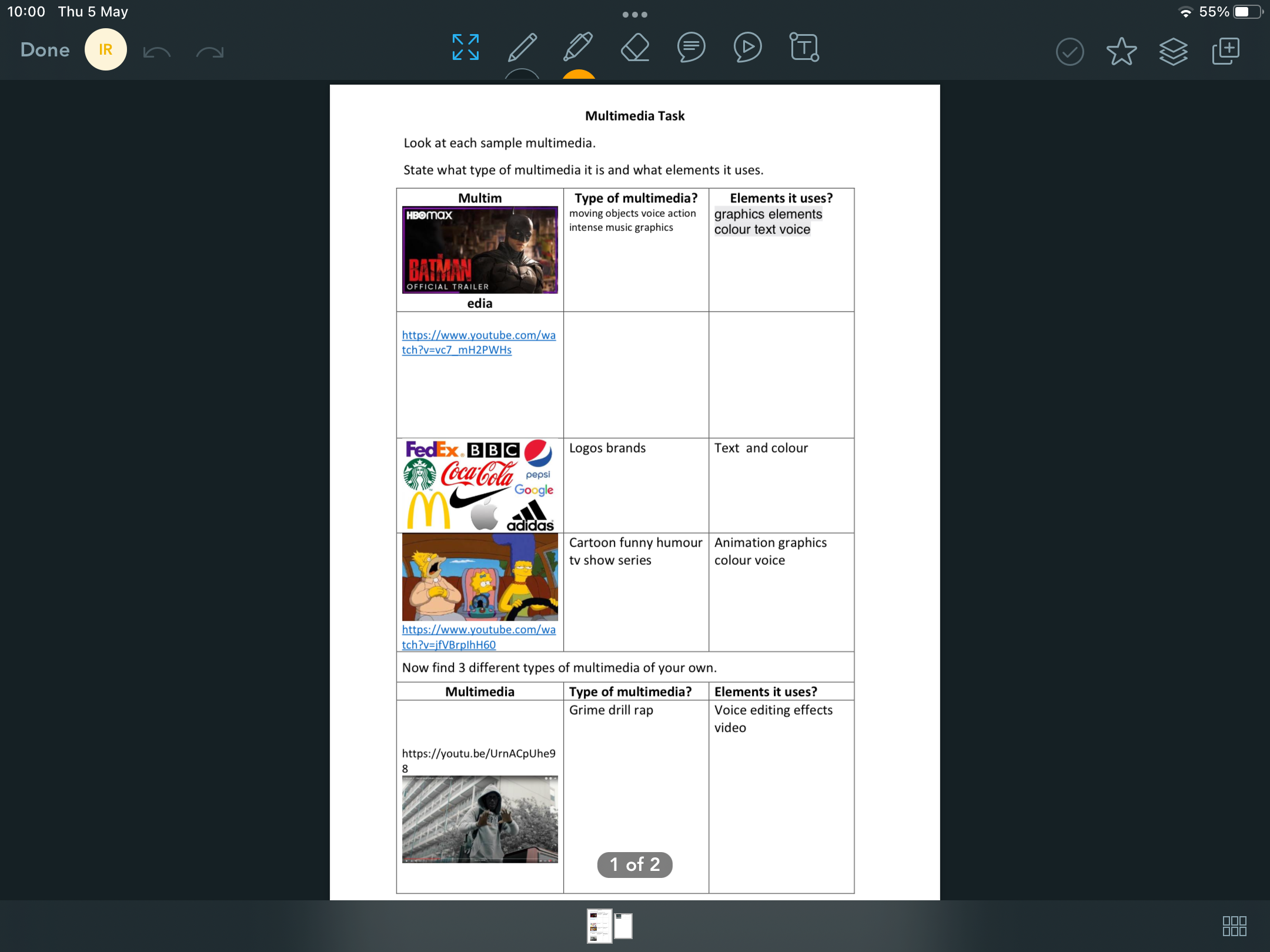 Now, when it comes researching, it’s not everyone’s idea of fun. So, we have also been doing a lot of practical logo design work and photo manipulation. Students learned that logos are made up three basic features: text, graphics and colour. They then had a go at re-designing some famous logos using Microsoft application features. Below are some examples of work created by students.

But the task the students have enjoyed the most was “photoshopping” different images. They either started by searching online for images of locations and people or they took photos of each other on their iPads. They then used editing tools such as cut-out studio and layers to create some very interesting combinations. One student chose to have the Queen come to school, whilst another opted for a visit by their favourite band ‘The Arctic Monkeys’. However, the masking effect that was a real success was where our boxing fan Paddy posed for a photo alongside his hero Tyson Fury. He really enjoyed working on this and even wanted to stay after the lesson to add “do some more photoshopping”. 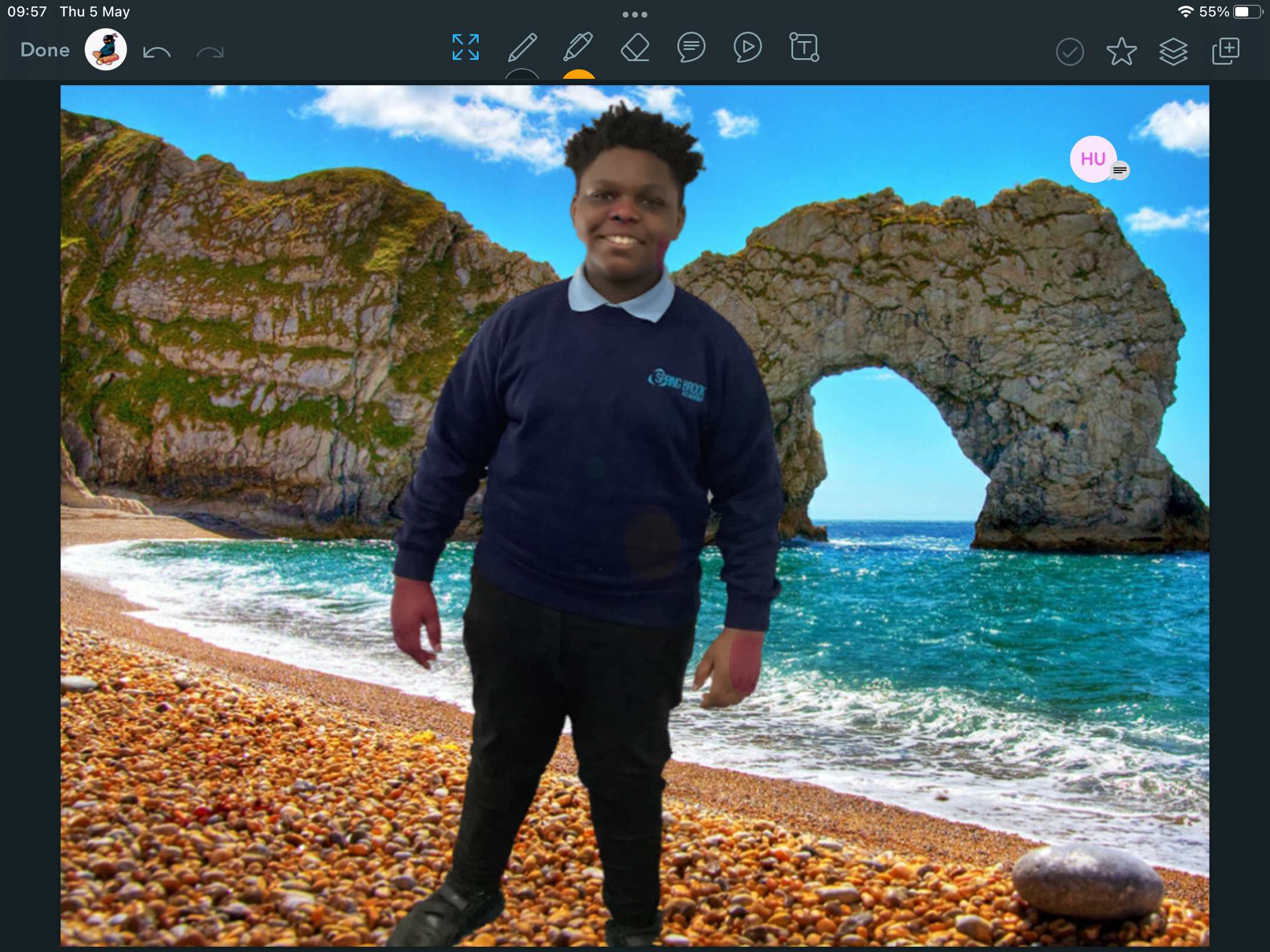 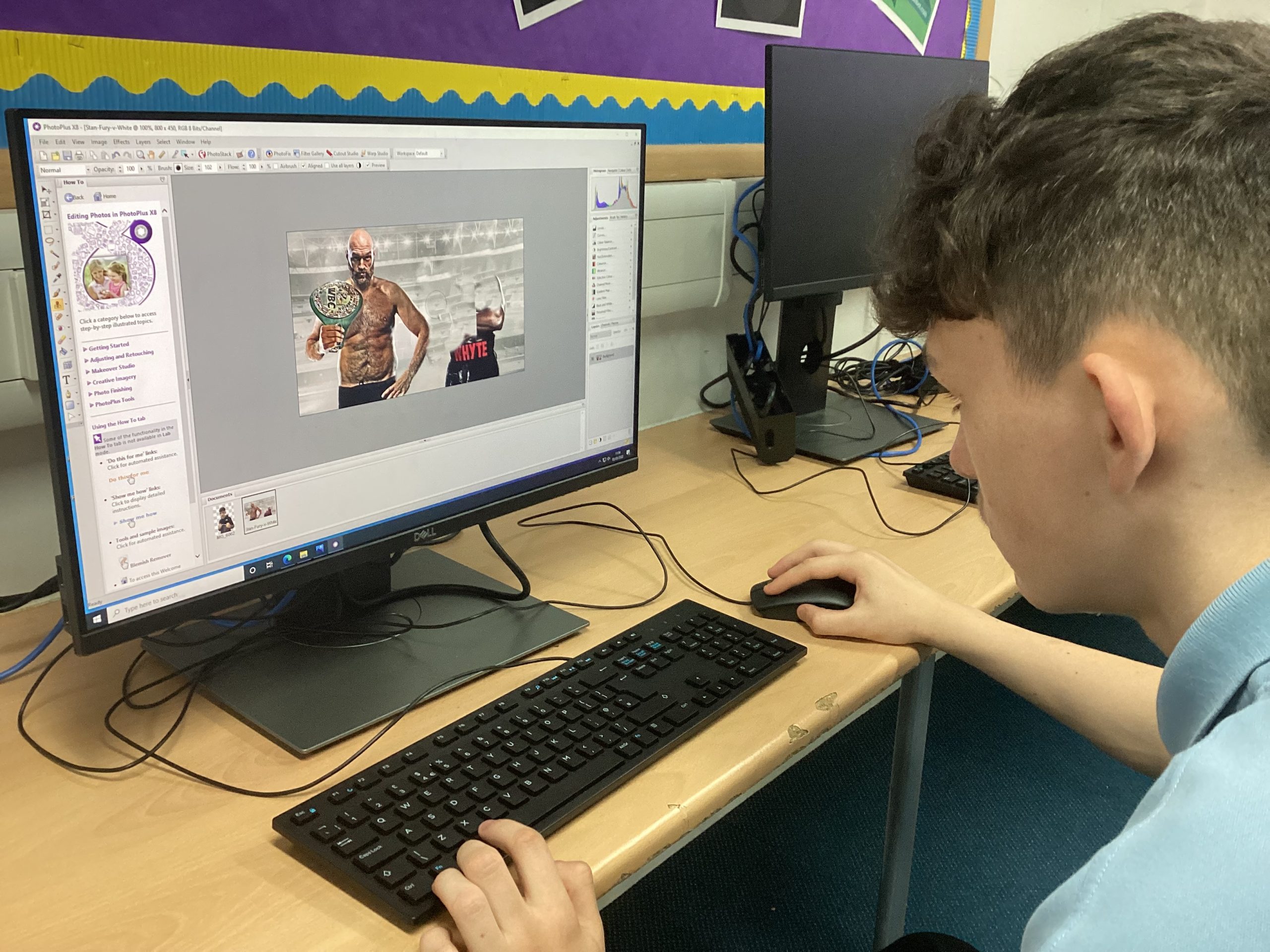 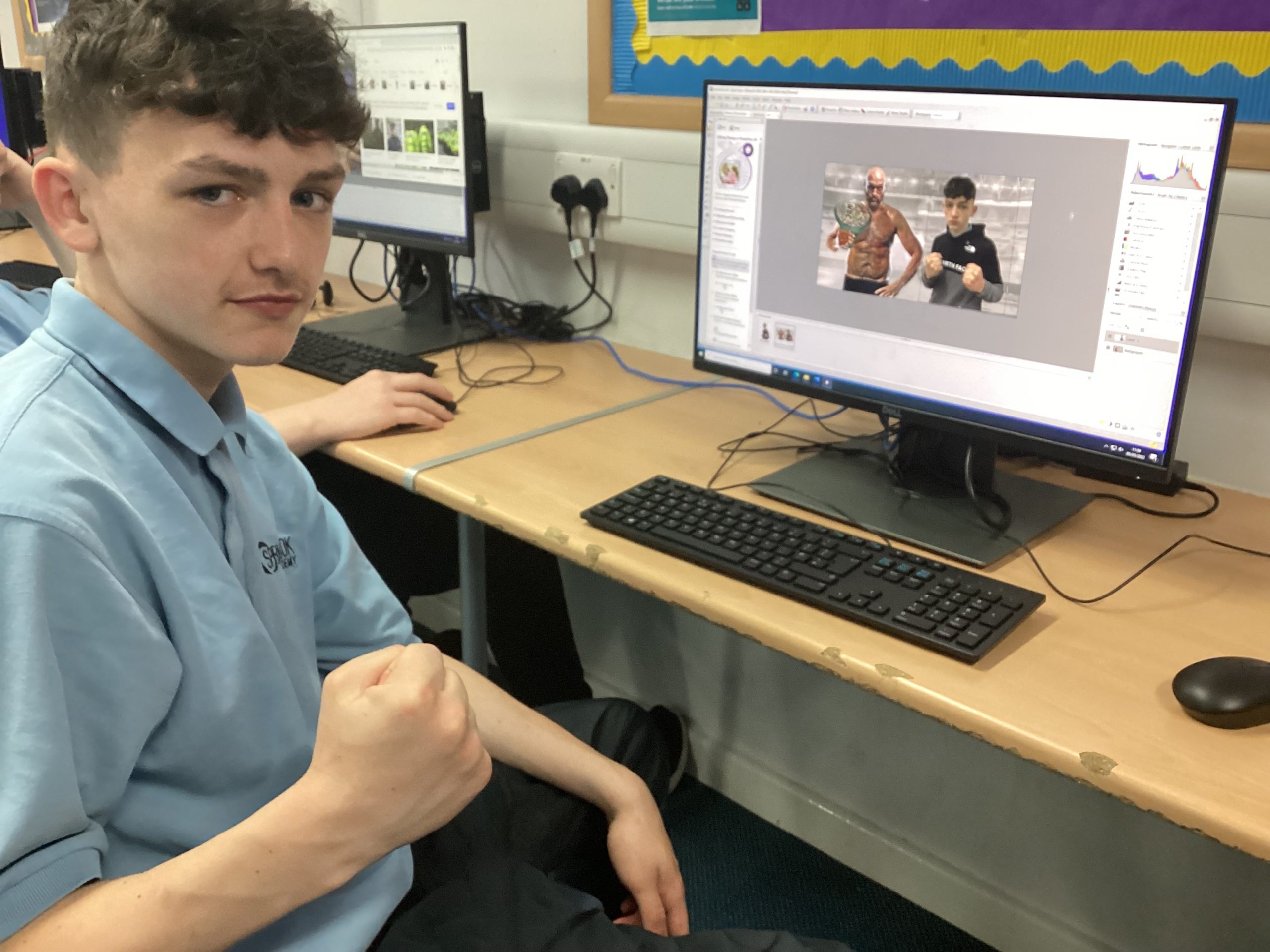 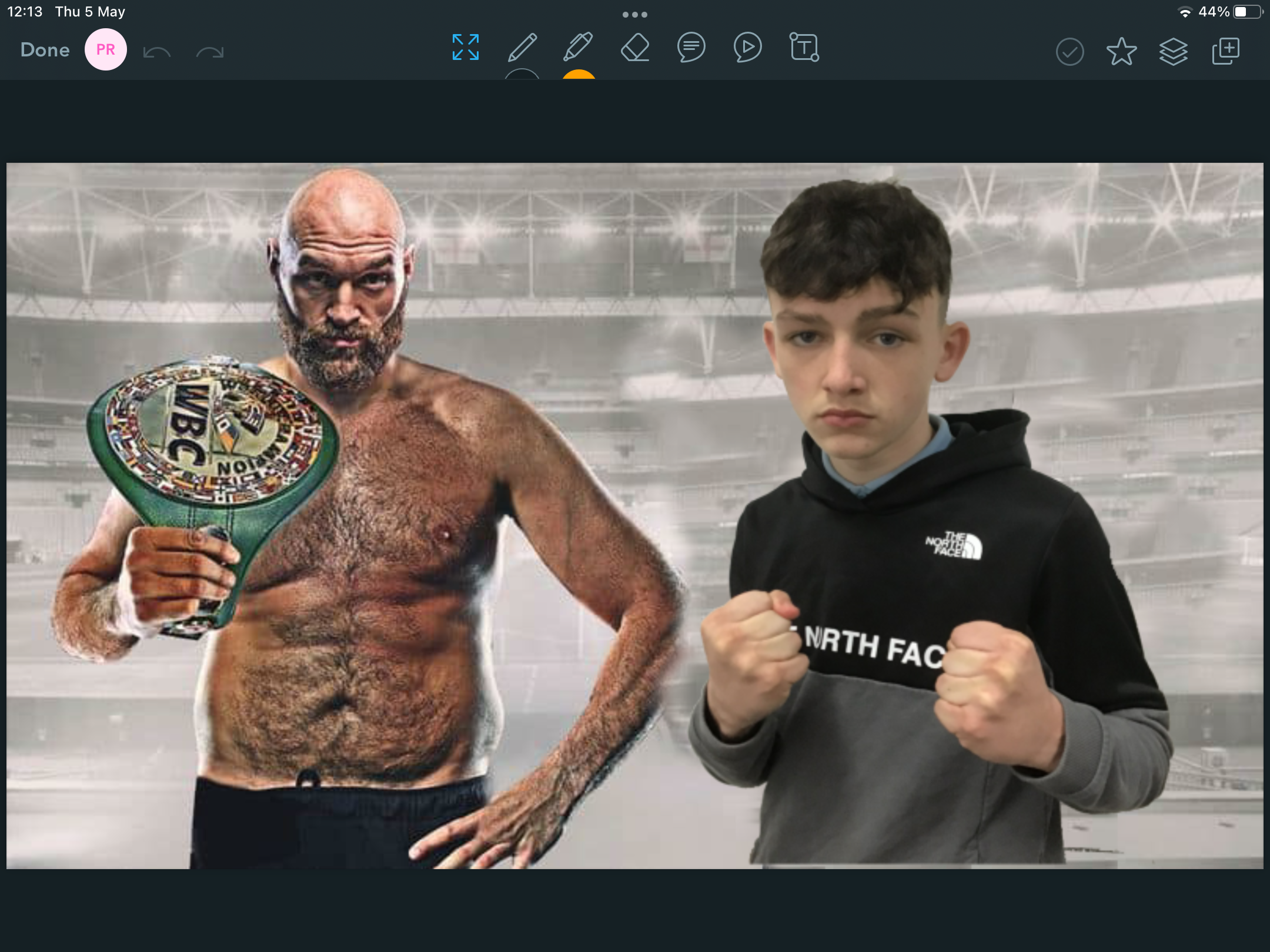 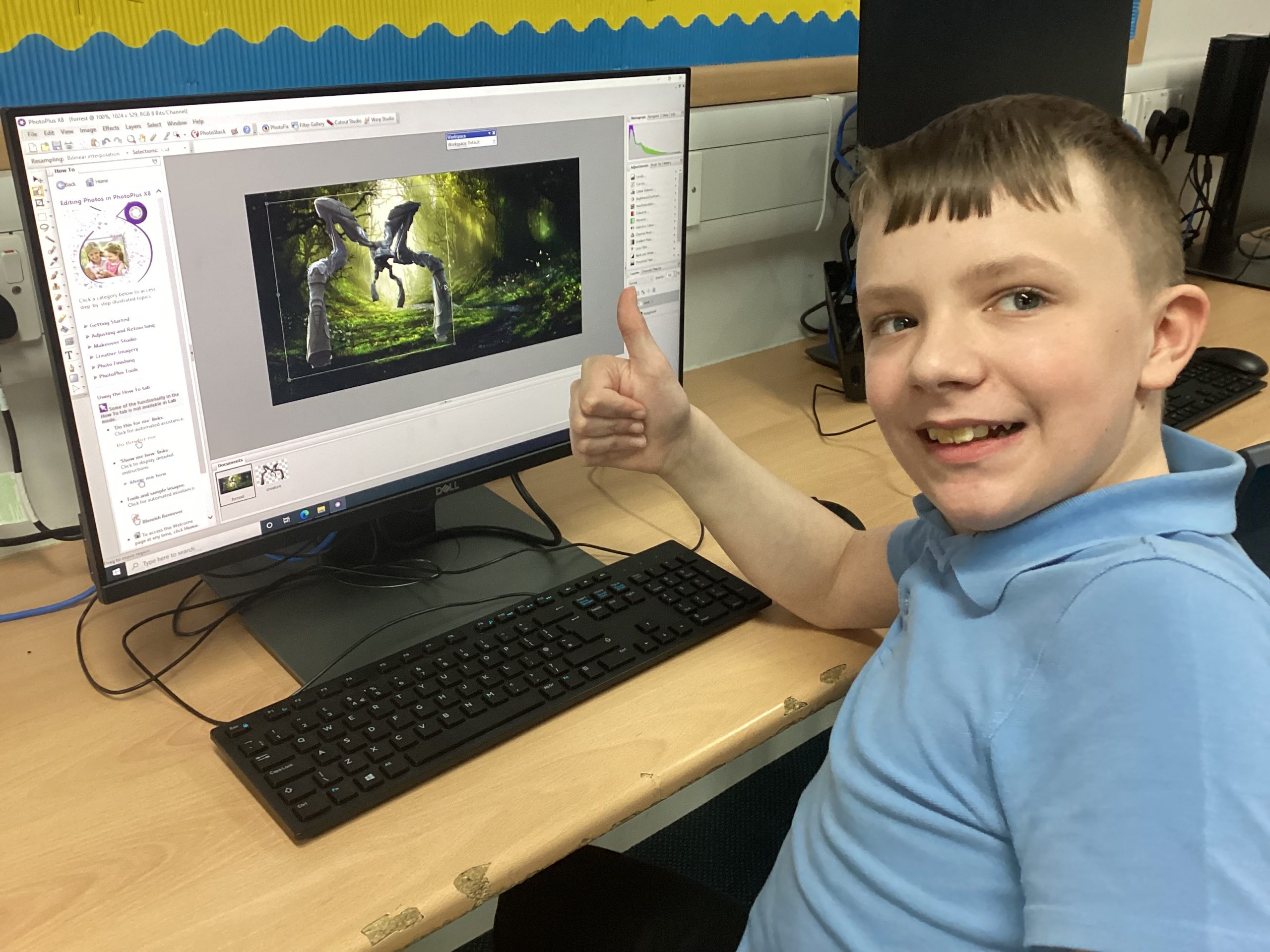 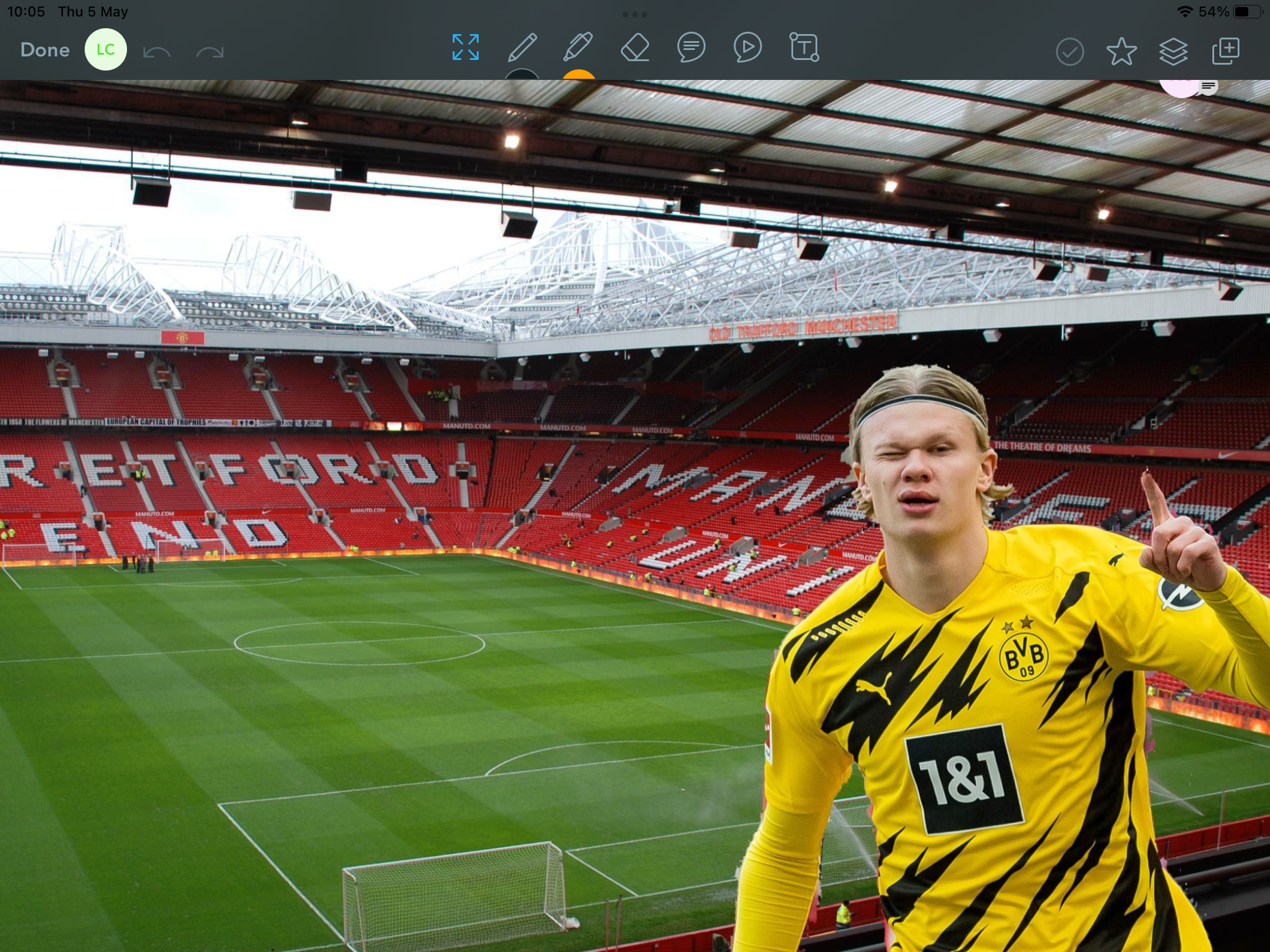 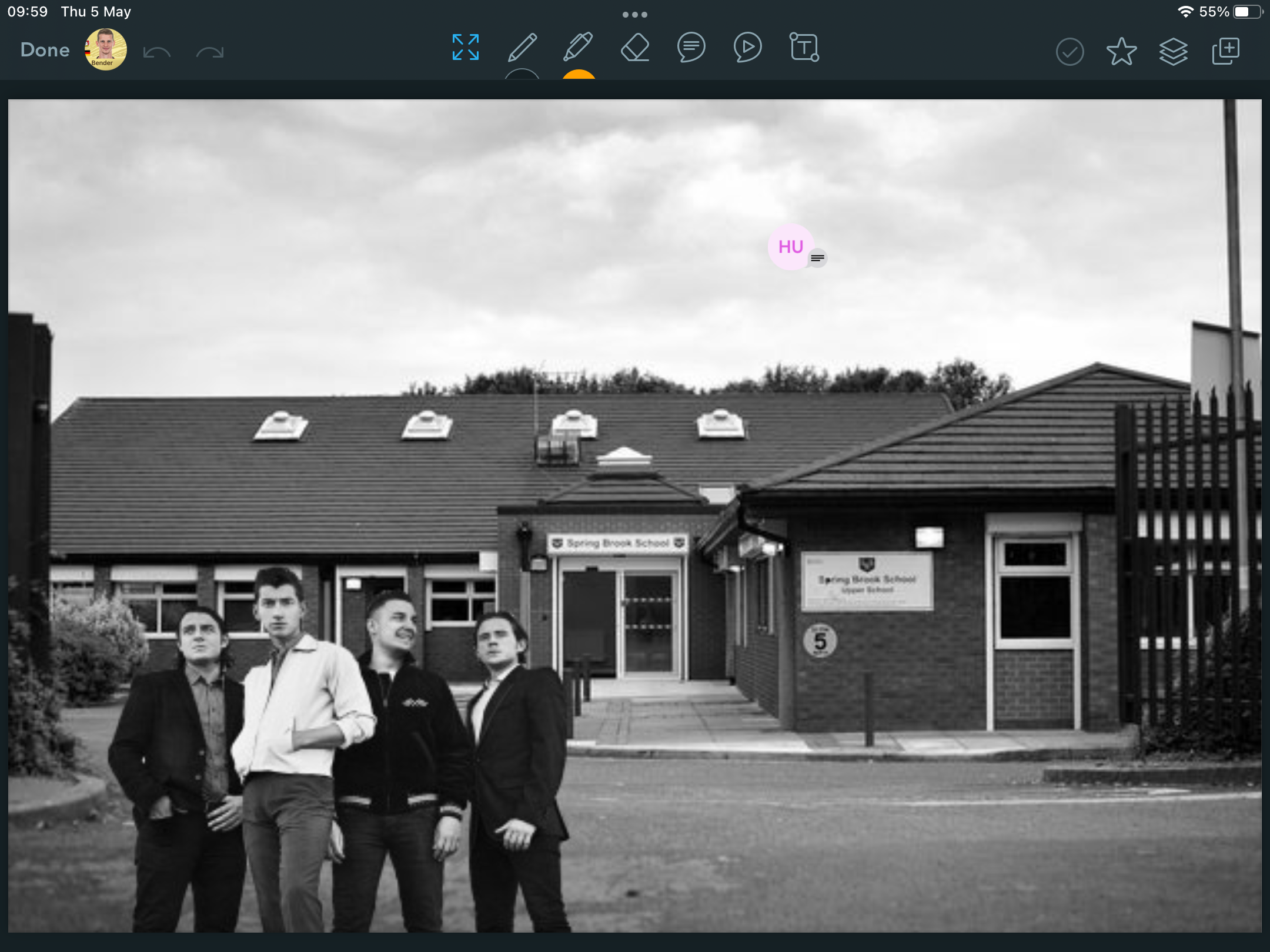 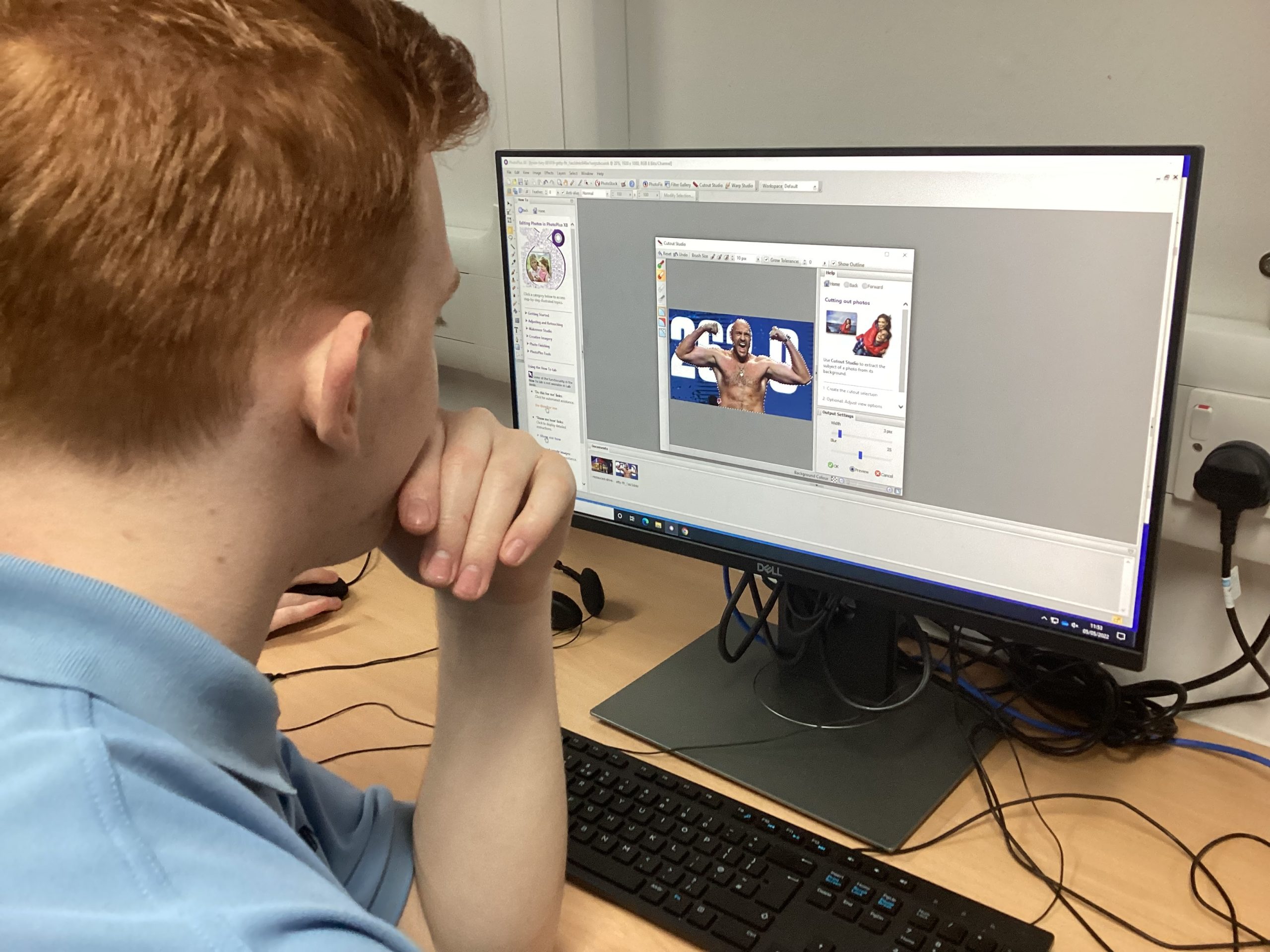 As we started to introduce some photo editing tools such as ‘pinch’, ‘punch’ and ‘warp’ some students thought it would be good fun to warp some pictures of the staff. A massive thanks to those staff who were such good sports about it, knowing what was going to happen and allowing their photos to be edited. I thought it best to share the before as well as the after photos for this one! 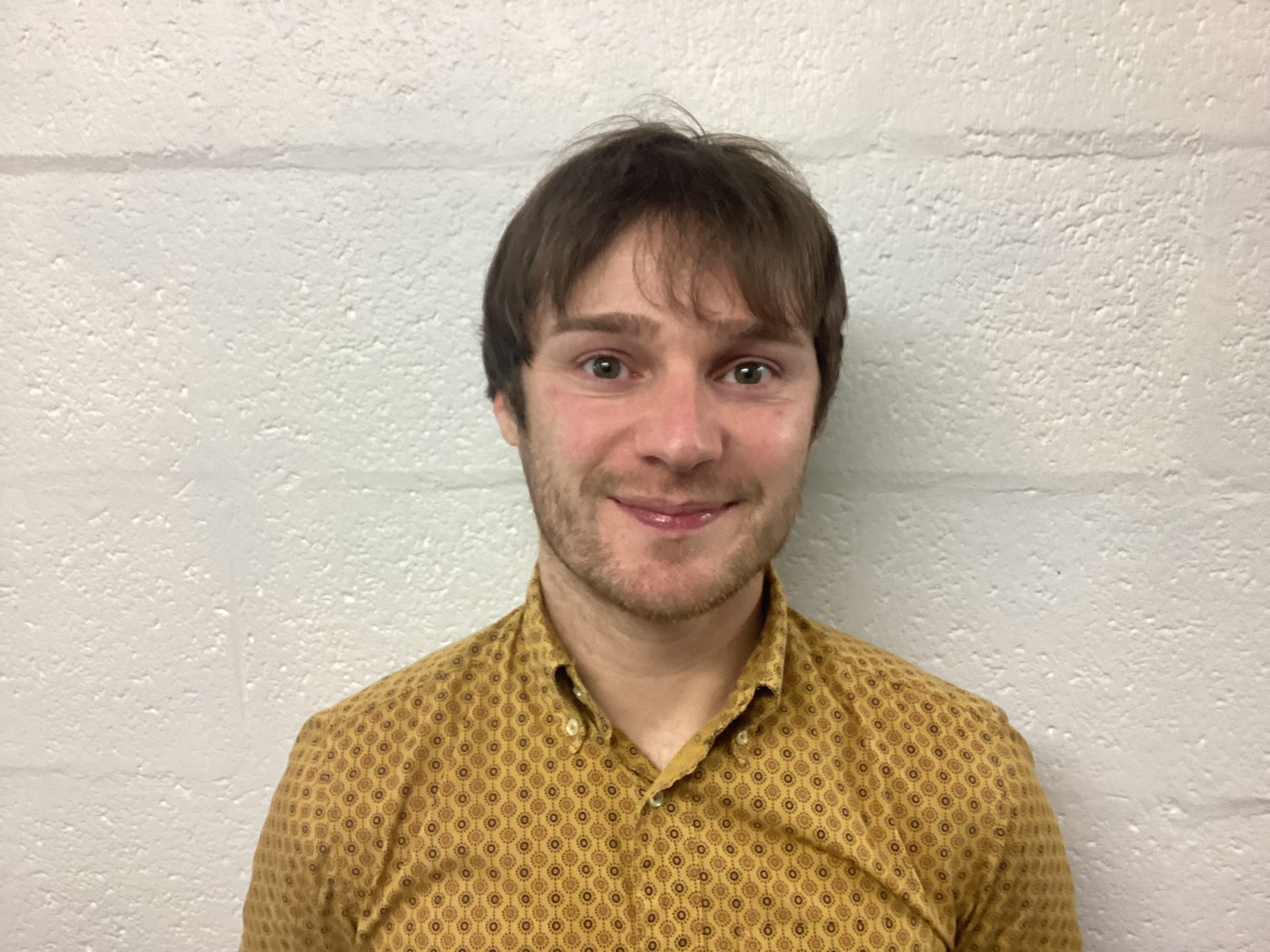 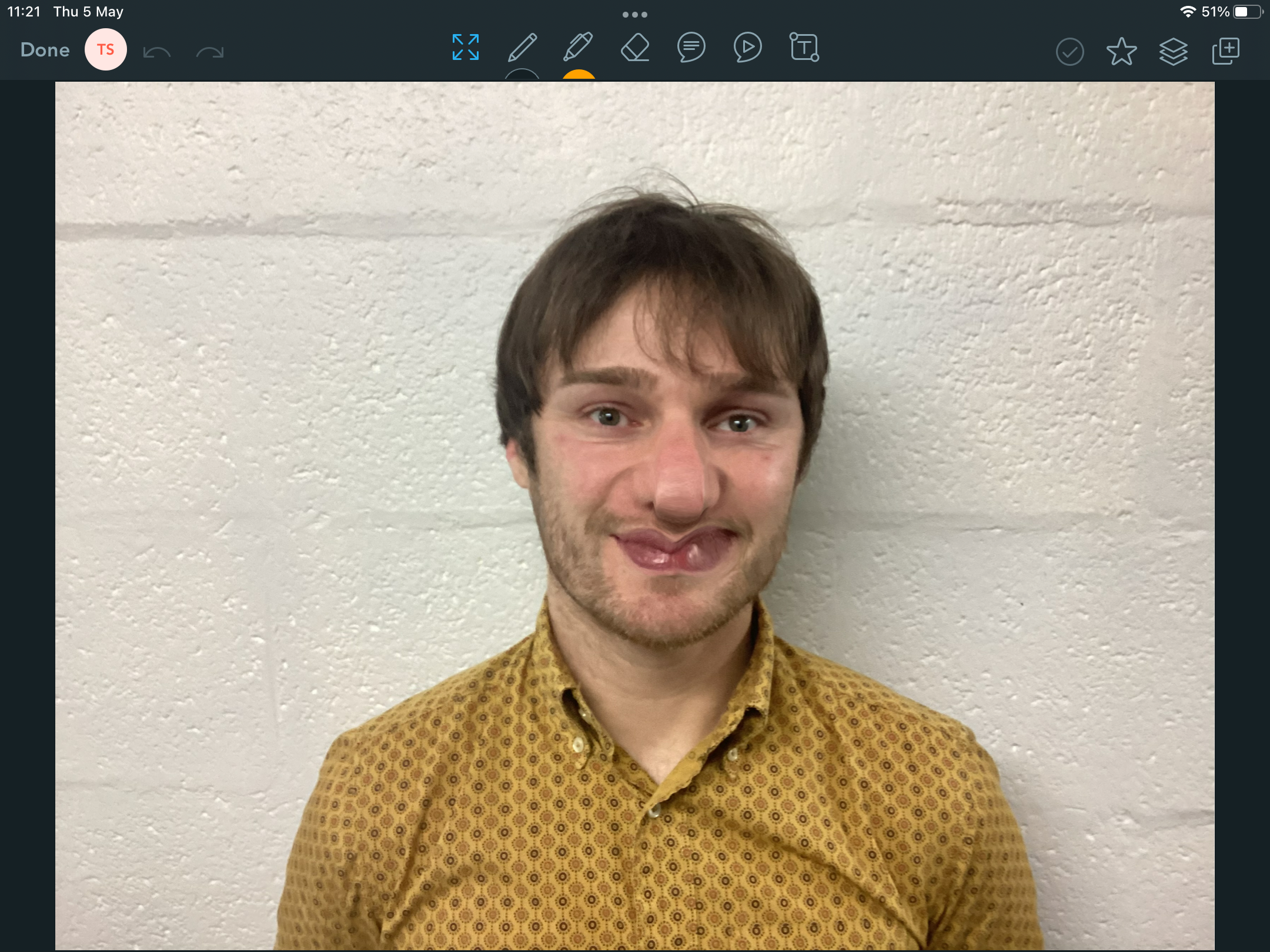 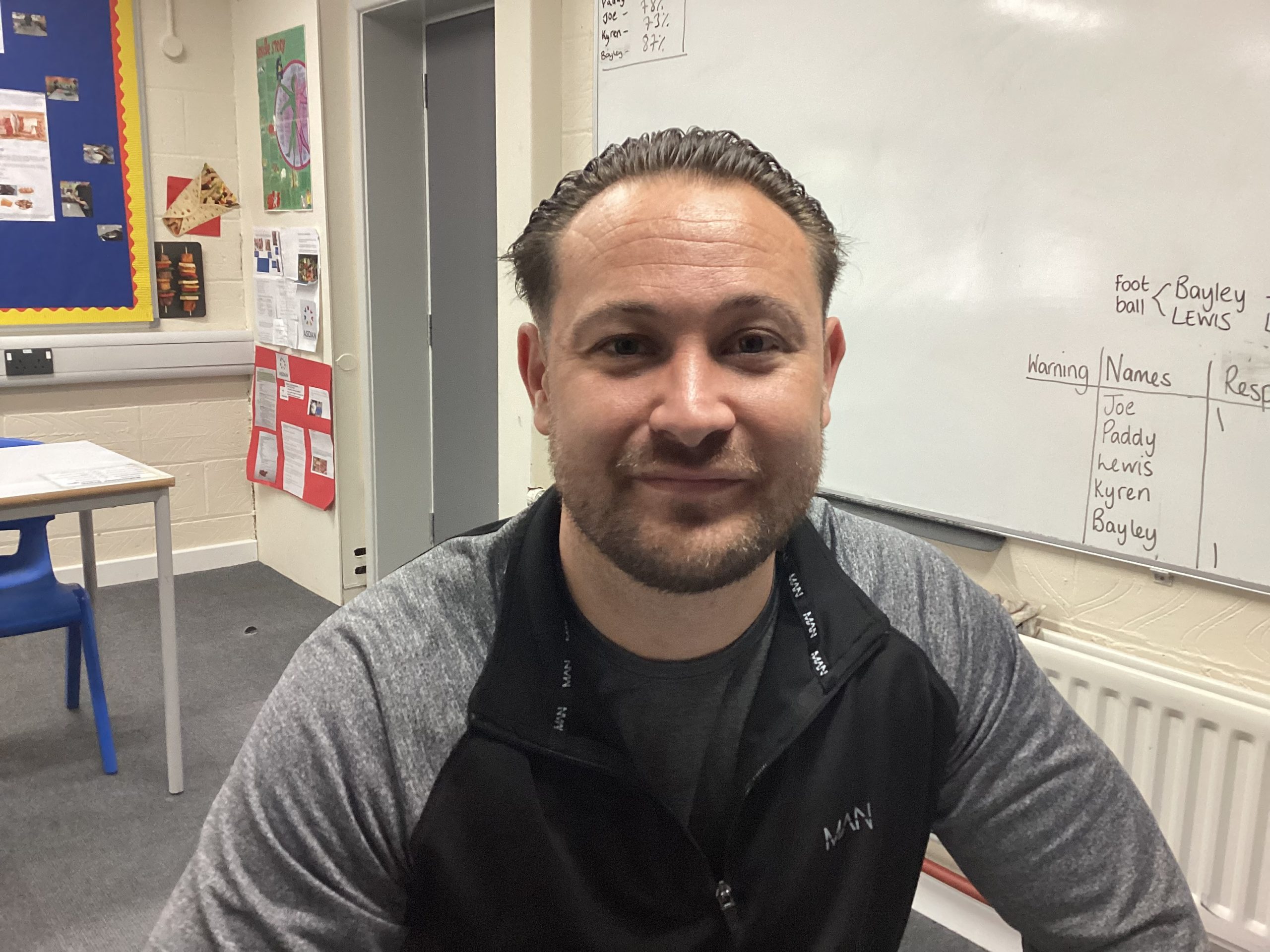 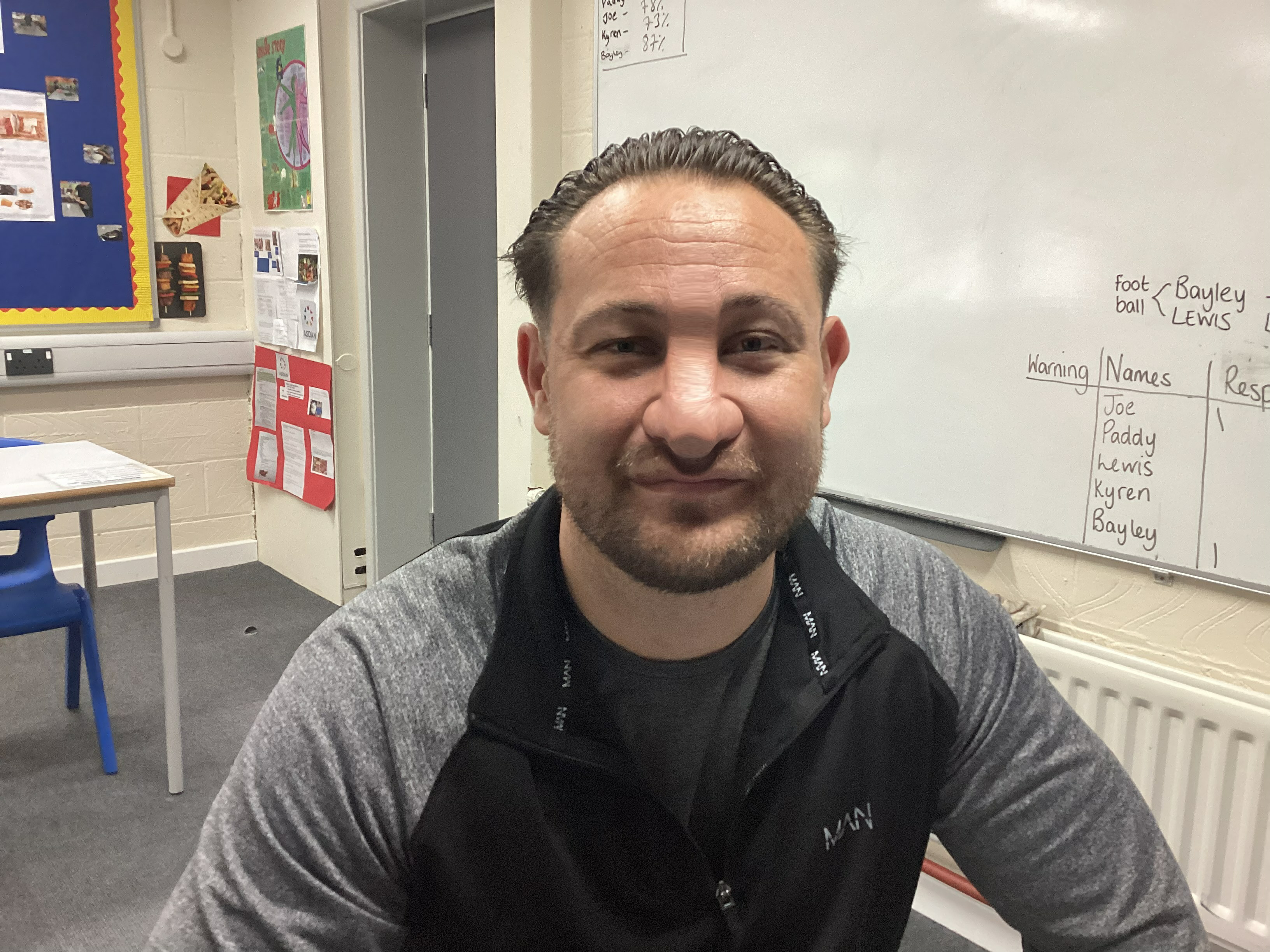 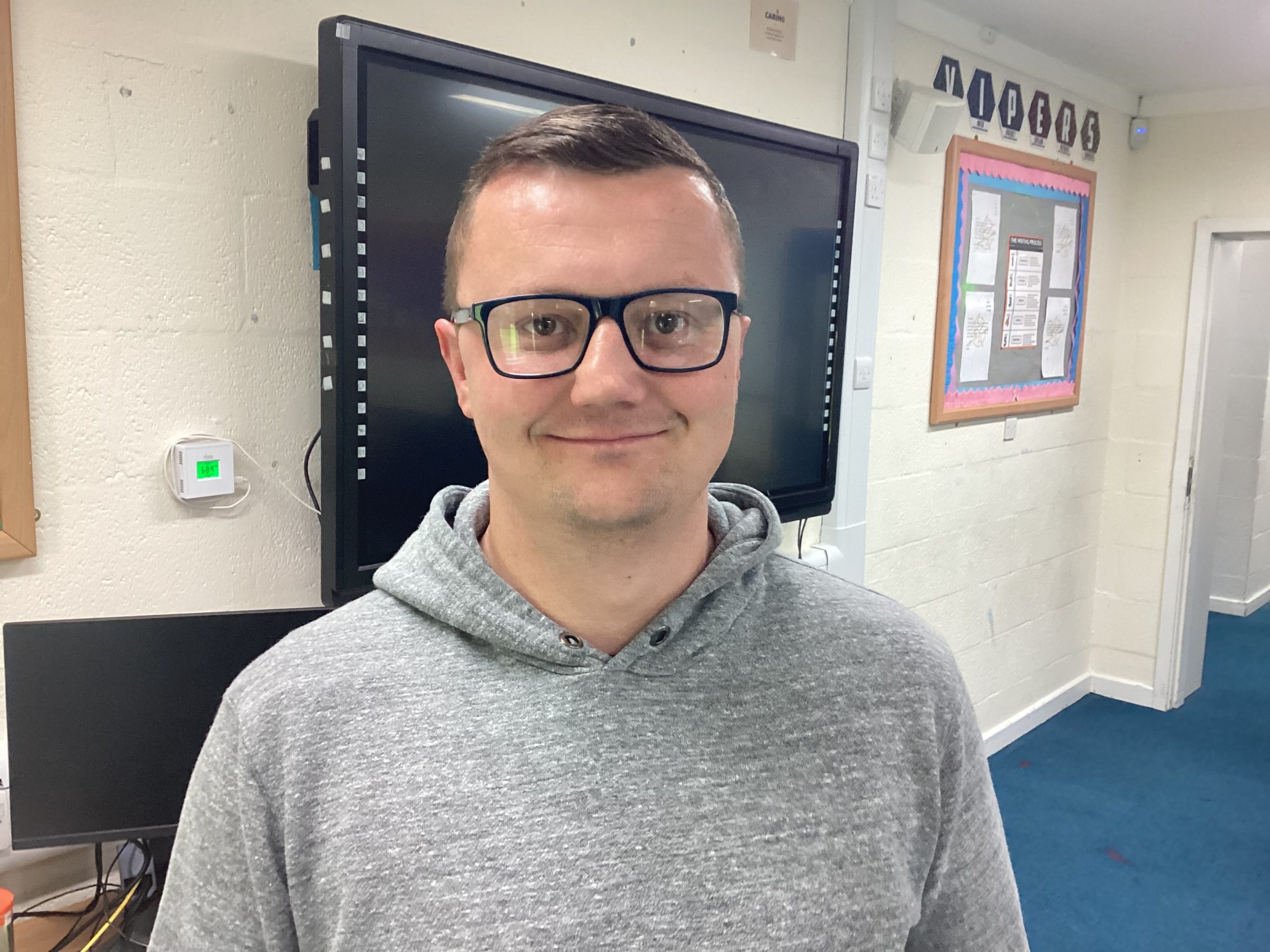 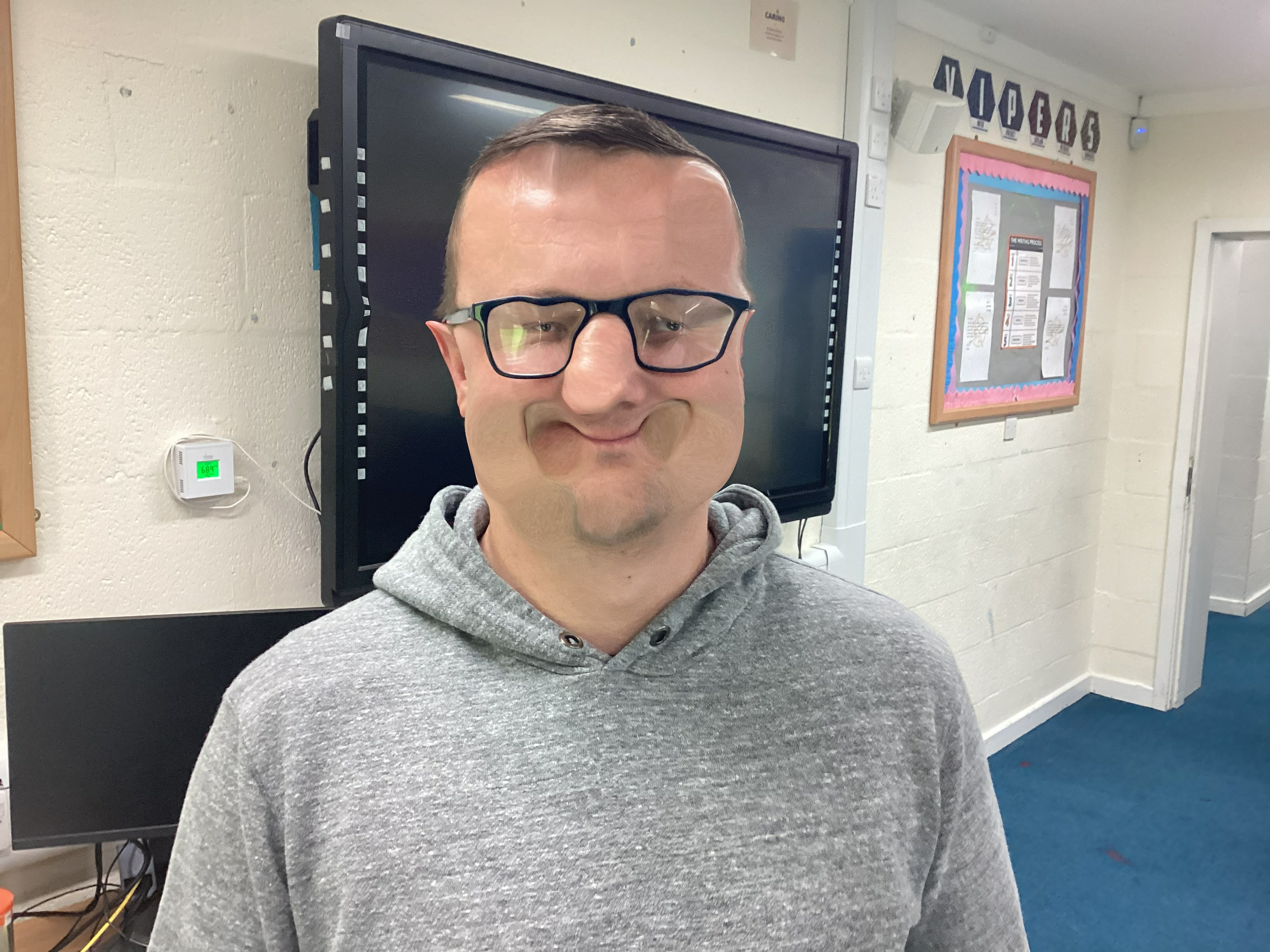 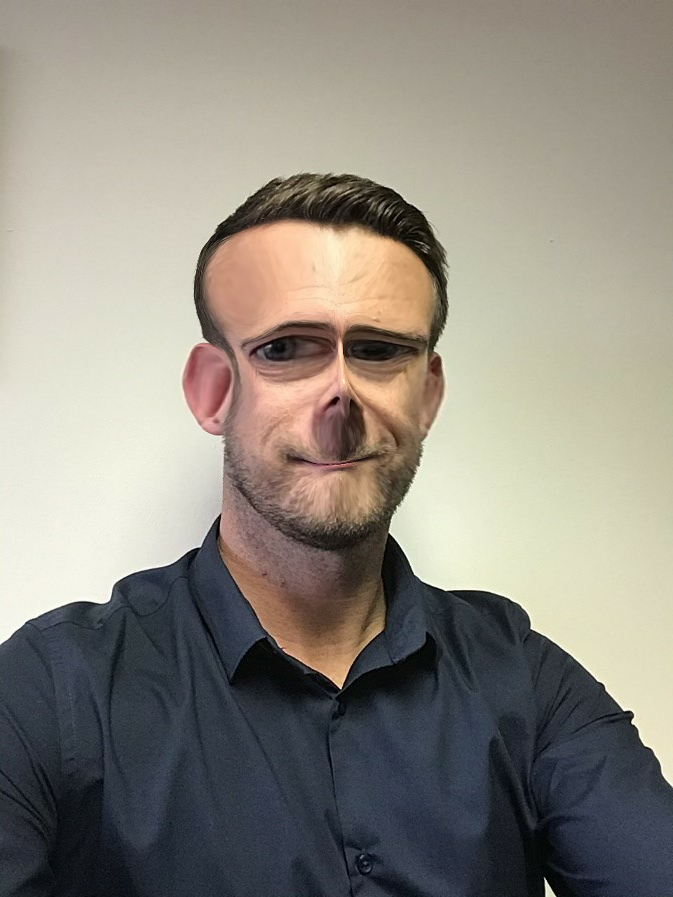 So that’s all from our ICT lessons, really looking forward to seeing what other interesting media they create throughout the rest of the term.”

And let’s have a look at what SBU 1 have been up to?

“Take a look at this picture from our recent trip to Manchester Airport, led by YouTube and Spring Brook Sensation Codie, who used an app to determine what planes were landing and taking off, their destination and details about each plane. Codie creates VLOGs on his own YouTube channel (Top Aviation) which we enjoy watching in class – it’s clear that we’re not the only ones either with a video he recorded on our trip amassing an impressive 1.7k views! The trip “took off” and Codie was able to share his knowledge with interested and engaged classmates – particularly Kayleb, who’s due to take off to Turkey on Monday for his first experience of flying! We look forward to our next trip to the airport – hopefully Kayleb will tell us all about his experience of air travel too!” 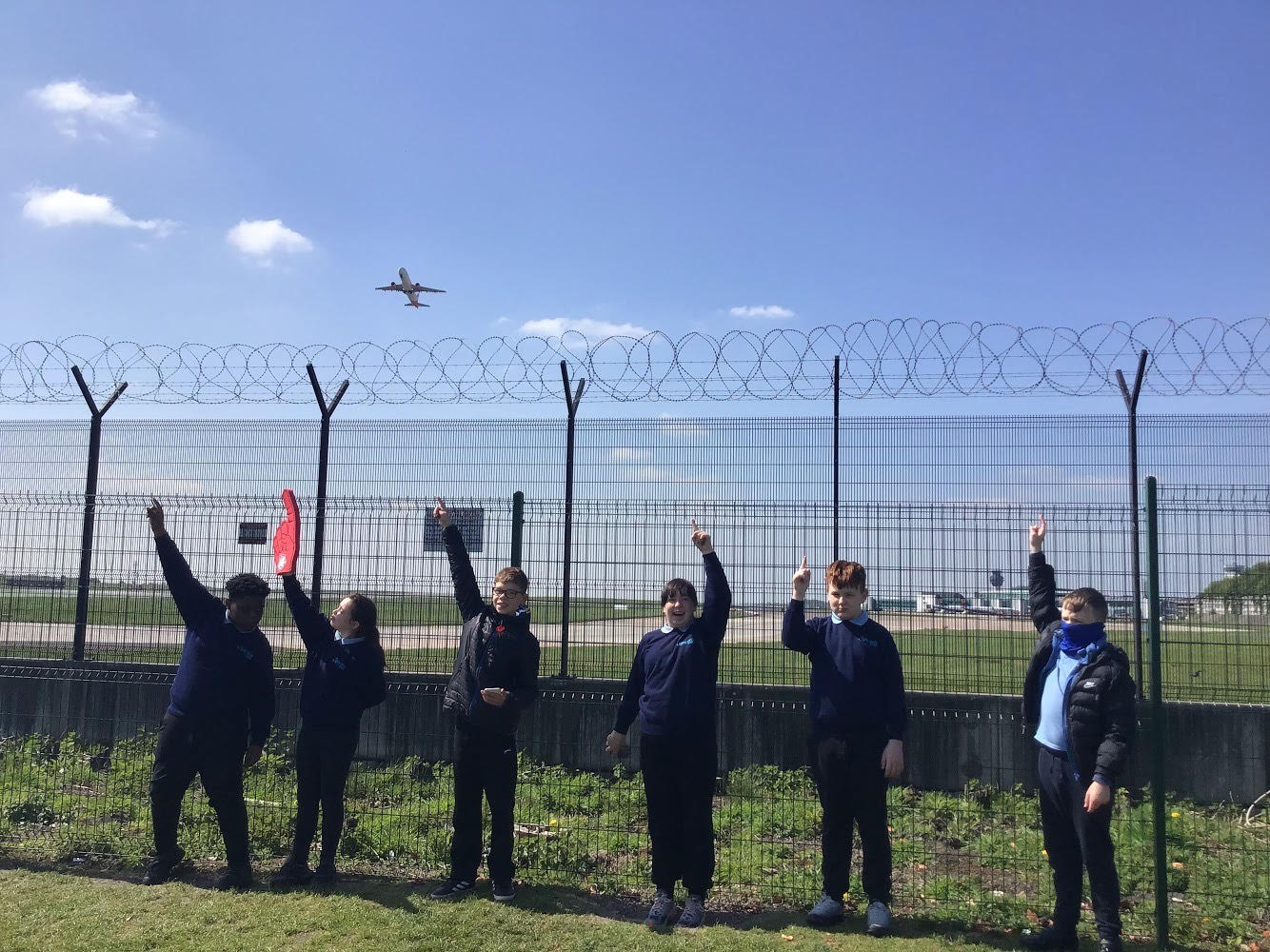 “We’ve had a fun week in SBU3! We went up against each other in a STEM challenge to make a free standing tower/building. Jasmine was definitely the winner here! In English we have been looking at a modern play ‘Our Day Out’. Everyone is really enjoying it so far and experimenting with different voices and accents during our read throughs.” 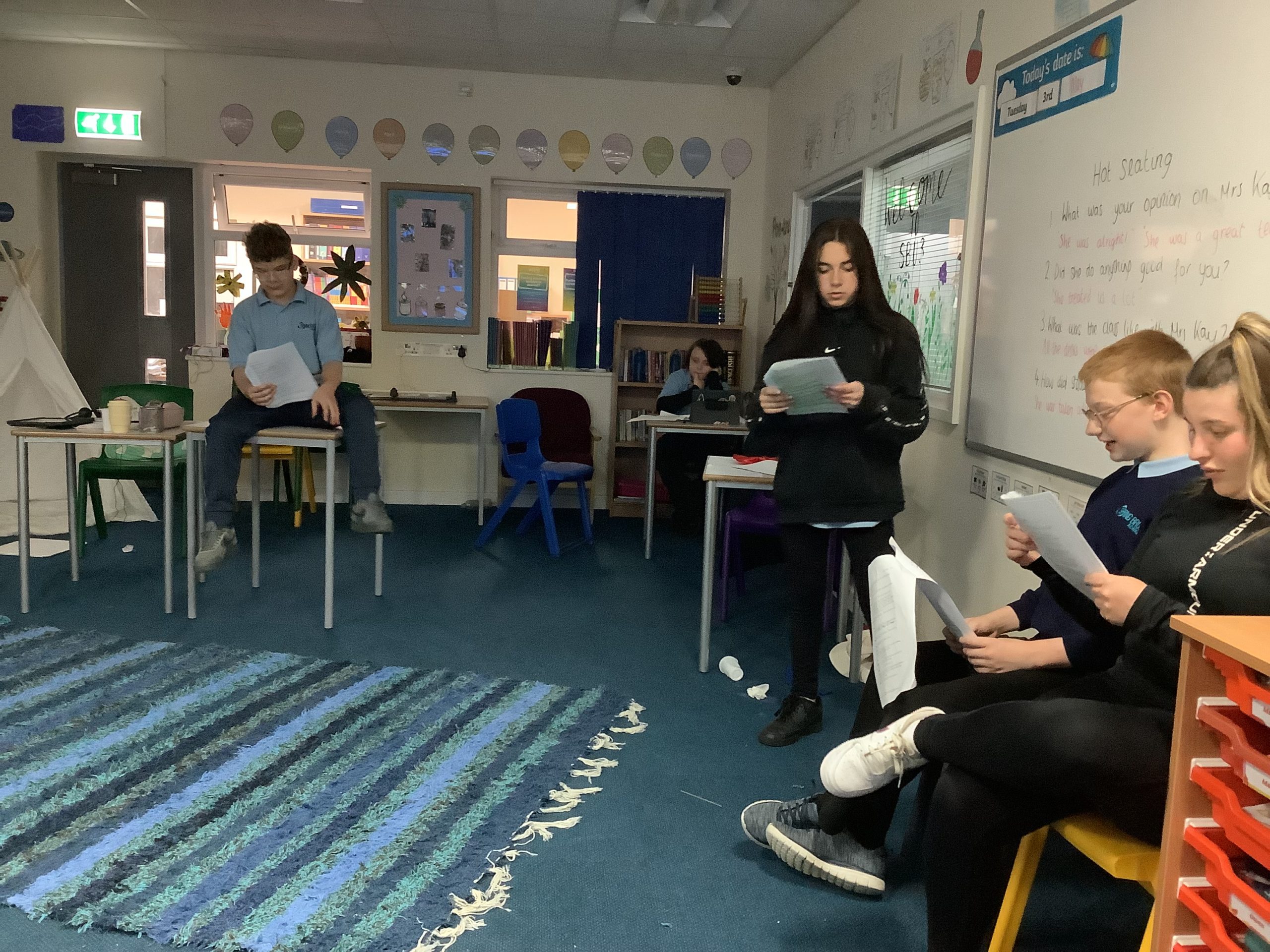 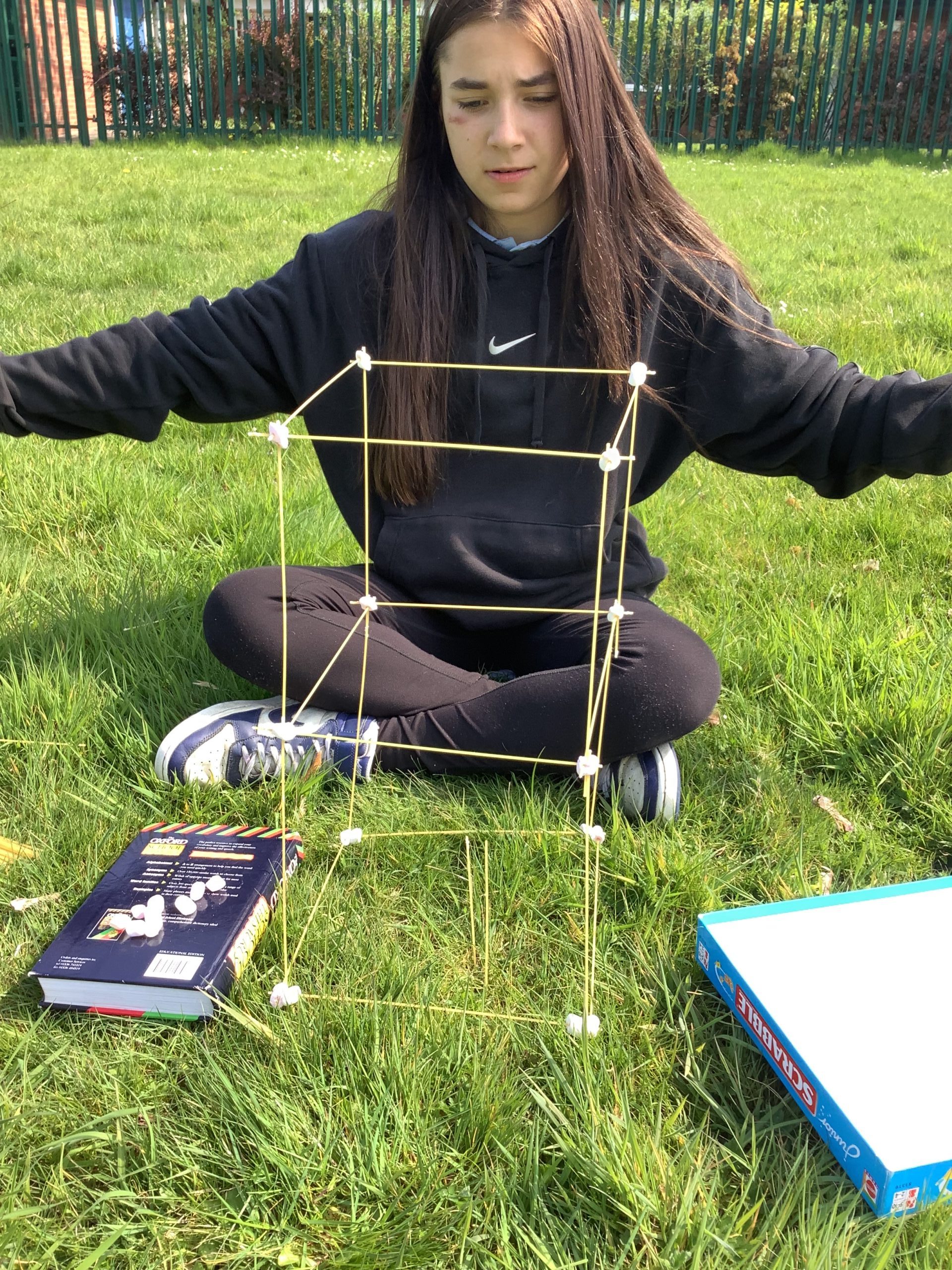 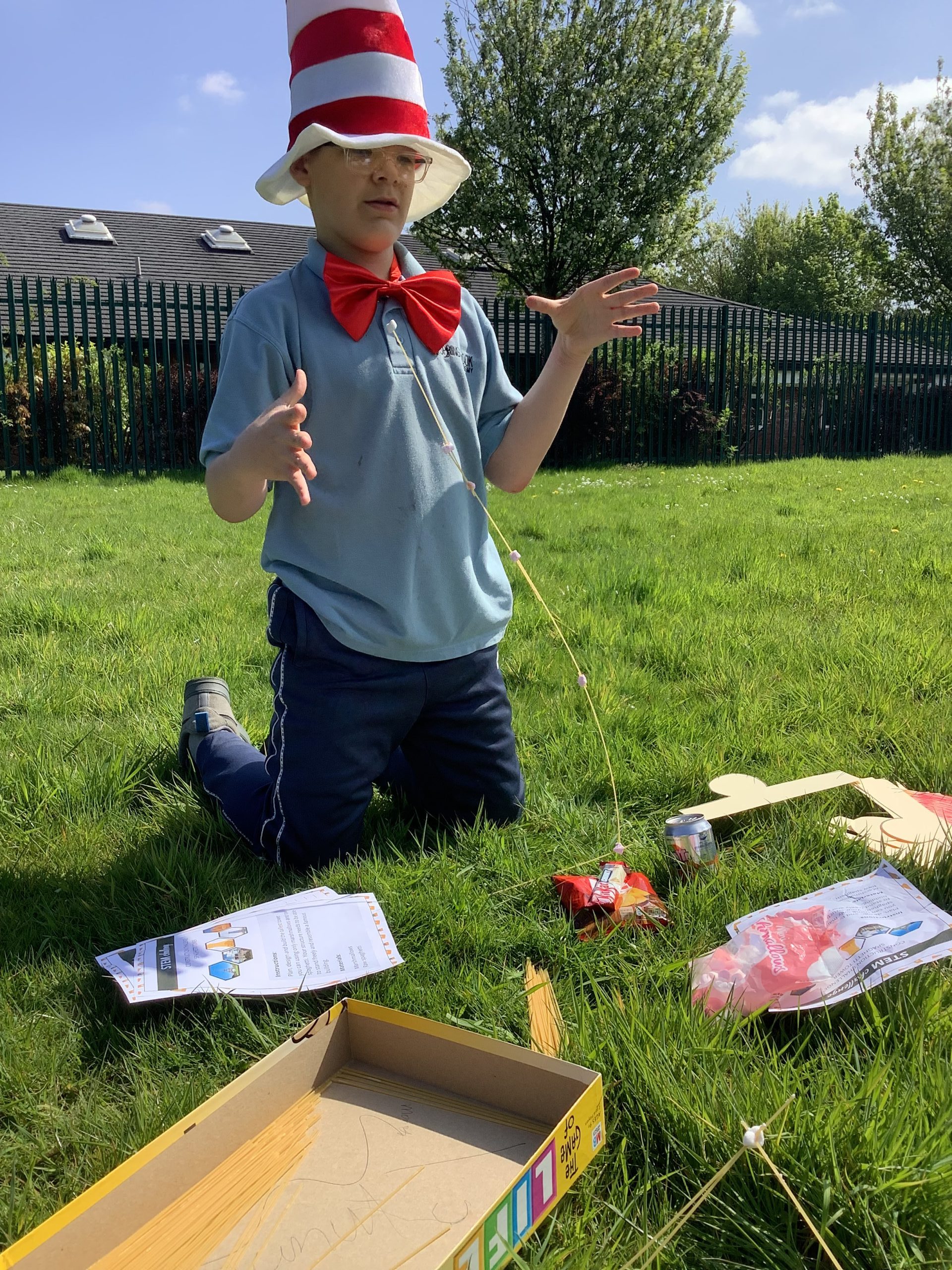 “SBU8 have worked incredibly hard this week. Our modern play in literacy is Blood Brothers. We have unpicked the plot, main characters and have since moved onto sociolect and main themes. They have already discussed similarities to our Shakespearian text from last term, demonstrating an ability of working at a higher level. I must say – I am impressed with how they have taken to this unit of work. It isn’t easy going from poetry, Shakespeare and applying those skills to a modern text. I have no doubt that they will continue with this progress across the Summer term.

Elsewhere, we have revisited angles and labelling conventions including those for geometric figures.

A huge level of maturity shown during our Citizenship, applying our knowledge of current events surrounding Russia/Ukraine. The group have discussed refugees and responsibility – debating responses both here in the UK and across the globe. Some very interesting points raised which we will explore further next week.” 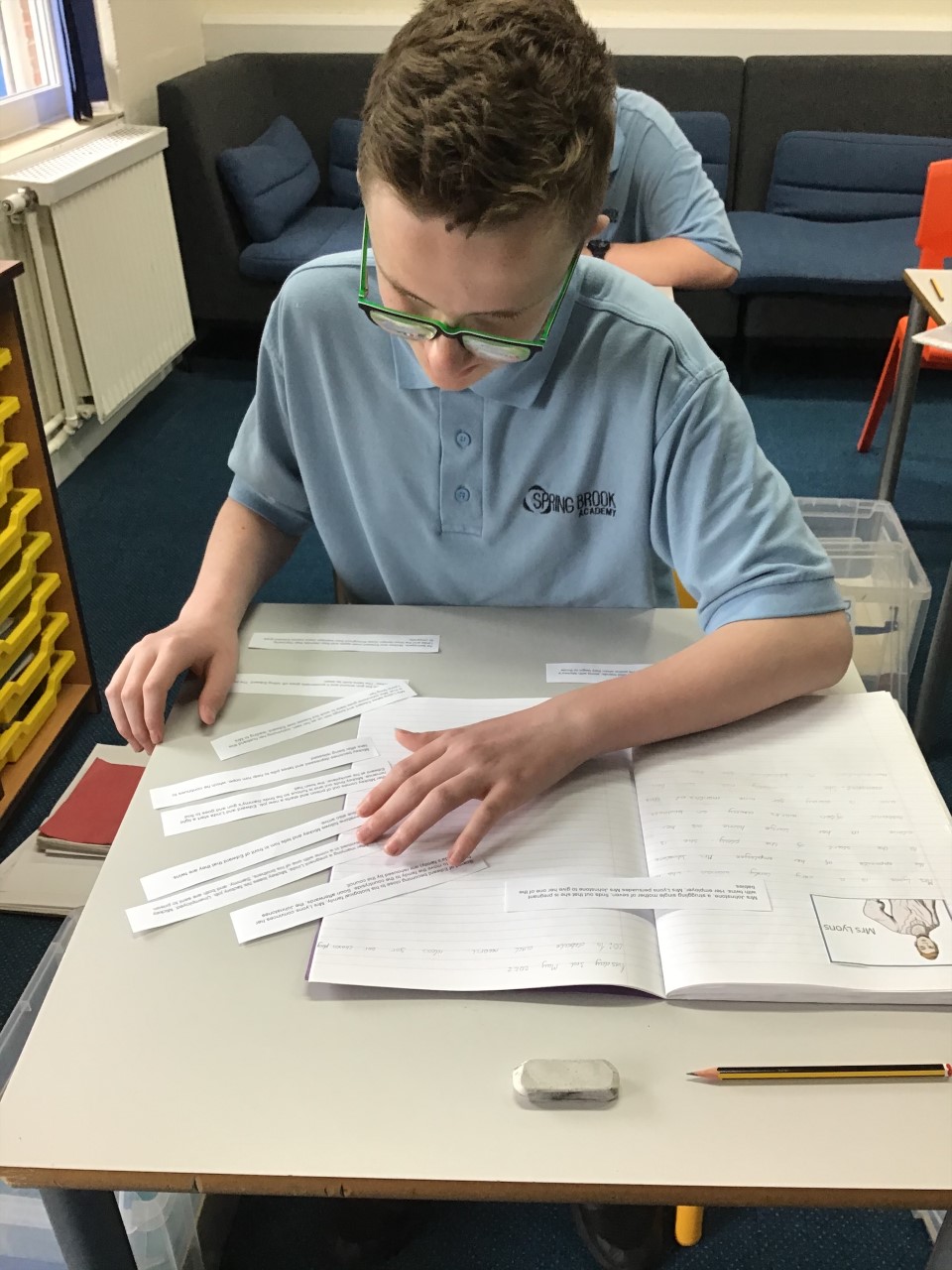 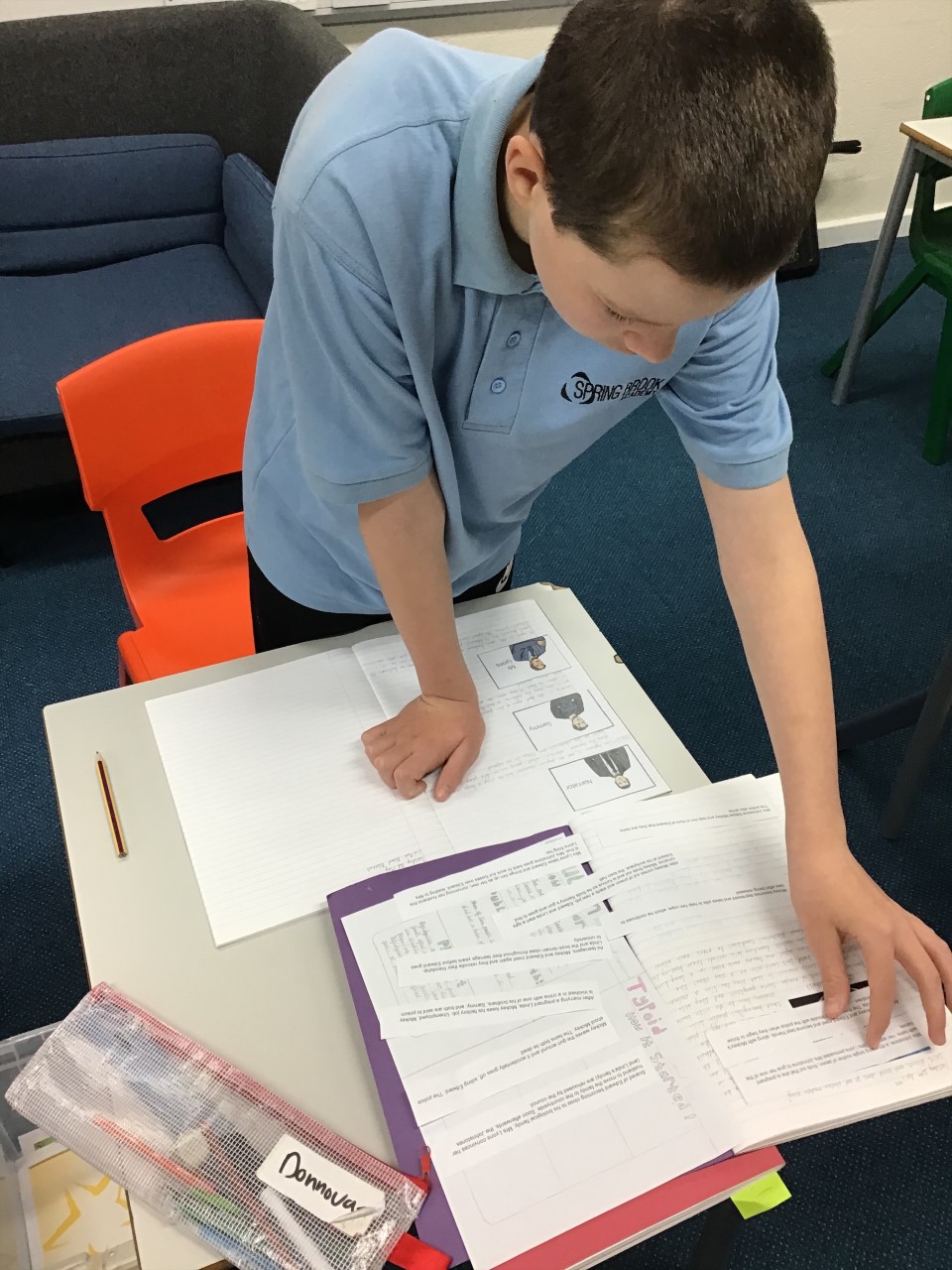 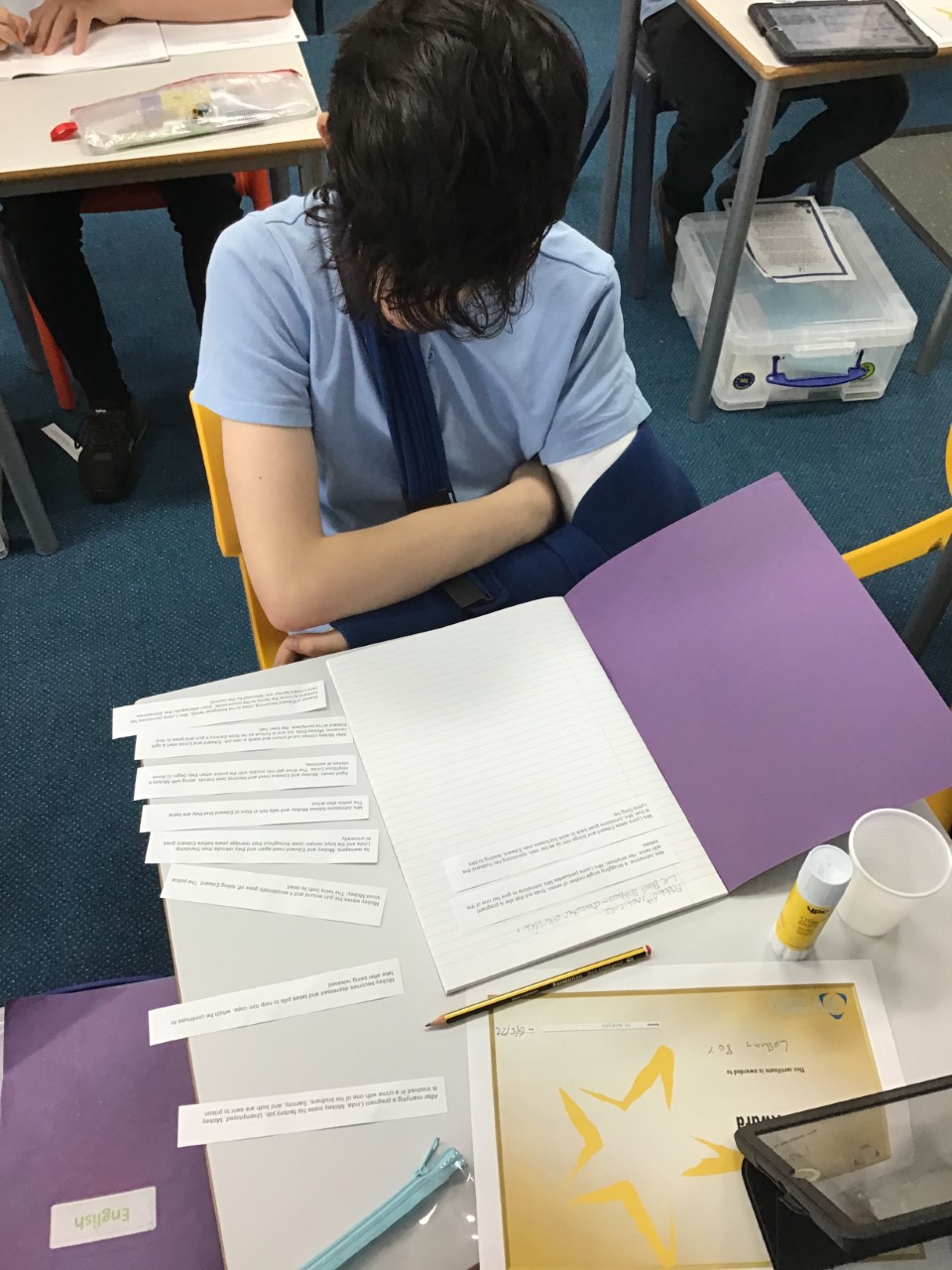 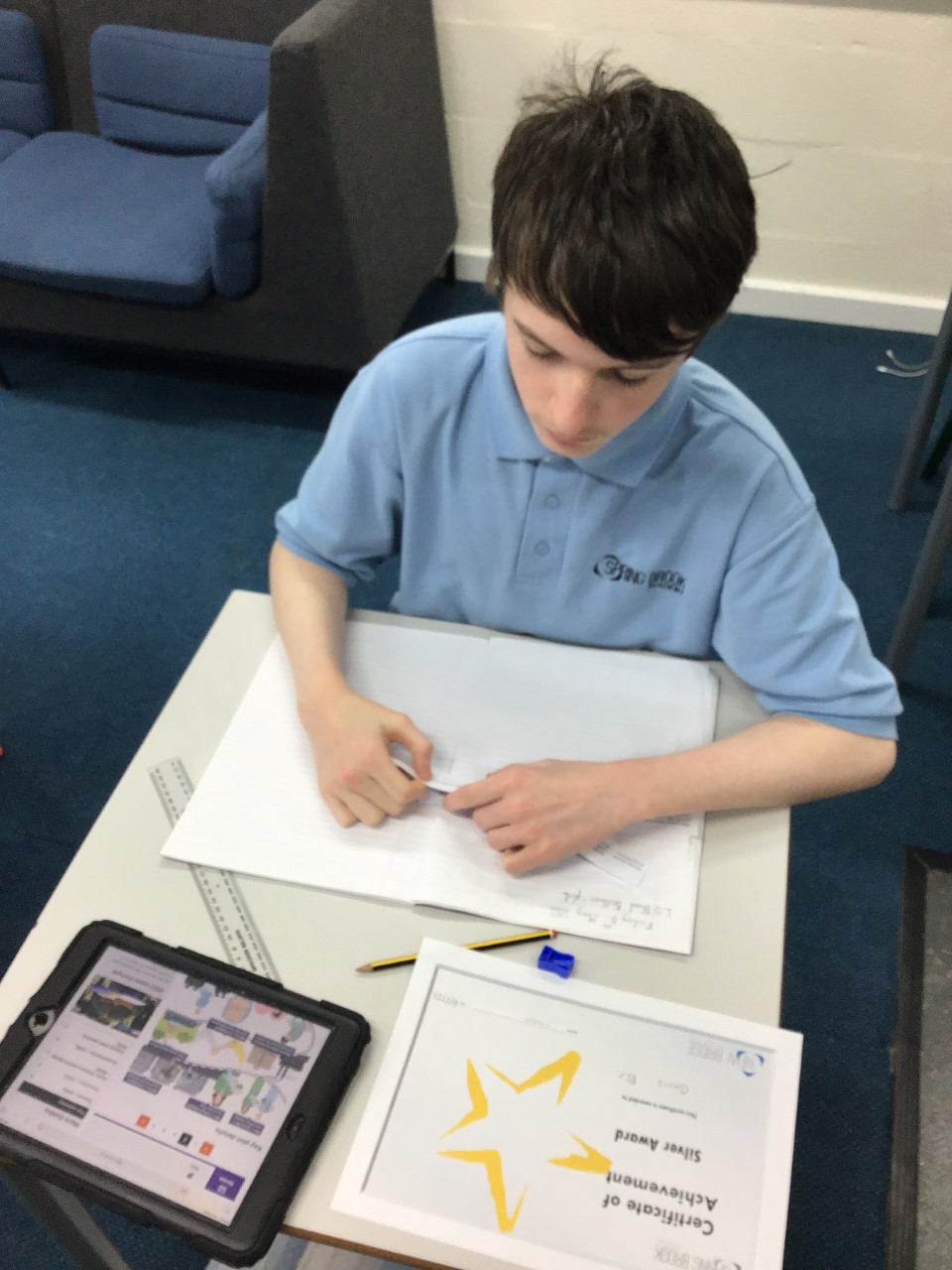 That’s all from SBU this week.

Have a lovely weekend! 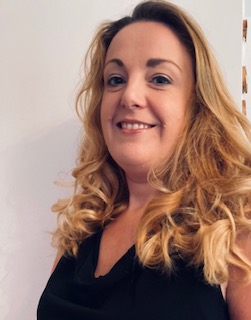